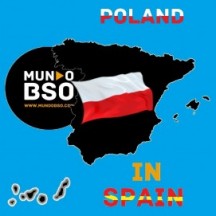 If the FIAPF rating were applied to film music festivals, Cracow would win a capital A, the same as Cannes, San Sebastian or Berlin. There is no other event that can rival the quality of the Cracow festival, which has closed its tenth edition. What is the formula applied? What can we learn from it so that our festivals are not of marginal quality in the number of people who attend them, outside of the concerts involved? Below, I outline the Festival's main achievements along with some of its inconvenient aspects.

To start out, the festival has a highly qualified and professional organization, made up of people who respond quickly, attend with concern, find solutions when problems arise, are backed up by an efficient team of volunteers, and act with impeccable punctuality. Festival director Robert Piaskowski cares deeply about film music, although his personal tastes are neither known nor do they form the basis of the festival's programming. Secondly, there are nine different concerts. Abel Korzeniowski conducted one of his music and also participated in the big Saturday concert alongside Jan A.P. Kaczmarek and other lesser-known Polish composers who were given space among the greats. This shows the Festival's commitment to supporting the country's composers, while making a constructive and worthwhile use of the public funds invested.

There was - and I will not mention them all - a concert by Klaus Doldinger (Neverending Story Live in Concert), an intimate piano recital with Jean-Michel Bernard and soloists (Cinematic Piano), as well as a crowded party night in a city square with Giorgio Moroder DJing his own music. Along with the big Saturday event, the concerts made up an eclectic, balanced and attractive set of programs to satisfy all types of public, both in age and taste. The highlight was undoubtedly the Saturday concert at the Tauron Arena--a huge space with a capacity of 15,300 that was almost full. It lasted four hours with an orchestra and choirs that held up very well indeed, a big portion of it brilliantly conducted by a concentrated and devoted Diego Navarro who knew well how to dose out his energies without waste. There were gigantic screens making it a unique visual and musical spectacle, a panem et circenses, in no way reproachable when you take into account the other concerts with quite different budgets that were less commercial and popular. Here, furthermore, the substance was well prepared and the circus well organized: Brian Tyler, who was given most time at the concert, stood before the orchestra to present five world premieres. However, as Howard Shore was present, it hardly seemed reasonable he should have been given less time, as he is undoubtedly a better and more important composer.

During the concert a prize was awarded to a new composer, winner of a contest. The piece was played and I must say that it seemed to me that what was rewarded was the best imitation, because what I heard was what you always hear, exacty the same honey that is made by so many other bees. It should be fundamental that in contests like this priority be given to unique quality, originality, personality, soul and spirit. And even if a professional future might be more complicated for this type of composer, precisely for this reason they should be given the maximum support, unless we want film music to end up sounding like carbon copies made by machines.

The other great point of interest were the talks. This is something we do not do well in Spain (and not necessarily only within the organization of festivals, but in general. For example when Pino Donaggio spoke at MOSMA, only thirty people went to listen him and no more than eight or ten attended from Malaga itself.) In Cracow, even the least attended talk had more than 50 people. And in Howard Shore’s talk, where there were from 250-300 people, the organizers did well to put cushions on the floors for the many people who had to stand. I was told that of those attending Shore's talk, those of us who were foreigners (at least from outside Cracow) were an absolute minority. This  crowded attendance in Cracow, is absolutely unknown at MOSMA and in Tenerife they no longer even organize talks. We should think about this, because the vacuum in conference rooms ends up making the concerts more expensive and, if the money invested does not generate wider benefits (for Conservatories and Universities, for example), it is less profitable for public funds. It is not necessary to have expensive plane tickets to fill a concert hall... all you need is the music. This is the sword of Damocles that hangs menacingly but will not fall while the concerts work very well, as for example in Tenerife. It is therefore extremely important to program adequately with interesting and attractive talks so that they are well attended.

The talks in Cracow were eclectic -- technical, didactic and anecdotal, depending on each speaker. Questions from the audience were generally of a high level, as were the presentations from those who were not film music fans but qualified professionals: this is essential in order to ensure the quality of the talks and make them more interesting. I have only one important objection in this area: the wasted talk with Howard Shore on the part of the person designated to question him: Daniel Carlin, professor at the prestigious USC Thornton School of Music. When dealing with Howard Shore, it is best to go straight to the point and not waste precious time tackling a biography that is already available even on Wikipedia. With an unknown person, an introduction might be in order, but when almost 20 minutes are wasted asking irrelevant things not even the answers are relevant. And things get worse when the questions end up being longer than the answers... and not because the answers were short. A nuance on the content: Carlin said that in The Silence of the Lambs (91) the initial theme is the reflection of the emotions of the protagonist, the agent Starling. Coincidentally (blessed chance!) days before I had published chapter 39 (video with Englisgh subtitles) of Lessons in Film Music dedicated precisely to commenting what that theme is and does, which in no way resembles what was said by Carlin. It is important to be very sure of what one says so as not to confuse the audience although, of course, we can all commit mistakes.

But all the criticism mentioned here is irrelevant in an overall sense that was frankly impressive. What is the formula for the success in Cracow that we might take advantage of in Spain? I think one of the factors is the availability of the people in the city: students especially, who are not on vacation and therefore have not gone to the beach. Therefore, the choice of dates is fundamental: and should coincide with days when Universities and Conservatories are open and active. Another fundamental factor is transversality: that is a festival where these Universities and Conservatories (and their students) are involved, but which also involve diverse parts of the city. Good publicity is essential: Cracow is full of posters. As is efficient and immediate promotion: videos and photos that are published within a few hours ... not months ahead as happens in Spain. It is also necessary to make the whole country a part of the festival. I told one of the organizers: I think your success is because this is not a festival for the city but of the city. And he replied: you're wrong, Conrado. This is a festival of the whole country--all Poland is involved. When will Spain get involved in one of our festivals? Tenerife is most similar to Cracow (the festivals are twinned and even collaborate with each other). However, Tenerife lacks the talks, although it has already involved the city's Conservatory and has begun to take off in that area. Malaga still has to consolidate but is on the right track. Both should look to Poland and take good note of how much it has advanced and can teach them. We must learn about the Polish Festival and want to bring Poland to Spain.